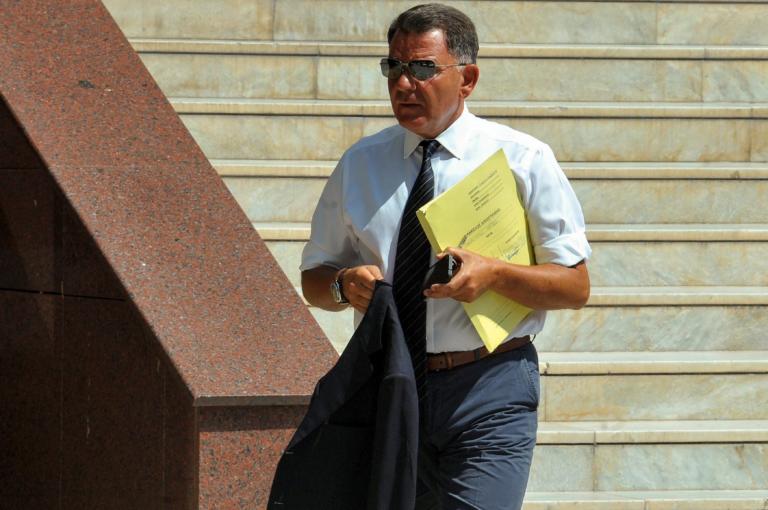 For the attention of The General Secretary of Amnesty International, Kumi Naidoo

On the 6th of October 2018, during your visit to Greece, you commented on issues concerning the situation on our Eastern Aegean islands. These comments have been complemented, also, by your recent letter to our prime minister Alexis Tsipras. I am writing to you, to express our feelings towards these comments and recommendations. Feelings that, I dare say, are not solely confined within a single group of our nationals worrying about the future of their country but enjoy a much wider social basis.

First, I understand that the role of the Amnesty International is not restricted to Amnesty and Human Rights any longer. It is now diversified to a wider range of issues including mass immigration and refugee management. Time will tell whether this diversification will not harm Amnesty International and derail your organization from its original mission. In order to succeed you need the support of people, including the citizens of our country.  Ignoring the concerns of our citizens might be detrimental to your mission at least locally.

Second, we have to admit that your feelings of compassion towards  our people and of understanding of the very inconvenient situation that are country is now in, due to the “humanitarian crisis” in the Aegean Sea, are unprecedented but not in the negative meaning of the word. Since this “crisis” started a few years ago, you have, probably, been the first to demonstrate an understanding not only of the “humanitarian crisis” but also of the burden on the Hellenic State and our people.  As such it would be unfair to say that what you have stated could be perceived, by any means, as inconsiderate or without due respect to our people. The truth is that this “crisis” has become too much of a burden for a country that is already facing an almost full economic collapse. If you have had the chance to discuss the situation, with local authorities, and, even better, with local people, in the Eastern Aegean regions, you should know by now that, no doubt, these islands are strained to their limits!  You have also stated that our country is taking, in your opinion unfairly, the biggest proportion of this burden. Perhaps, some of your actions on raising awareness could be addressed towards the higher authorities of the European Union that have the power to influence or alter existing policies on this issue. Would these authorities be willing to alleviate the burden off us? Would they be successful in such an attempt? We are not very optimistic but at least you shall and must try.

You are also right in stating that it is of utmost importance to remove or control the causes that force people to leave their developing countries and head to Europe. I would be willing to see my country supporting wider multinational foreign aid and peace keeping operations in these countries (as long as these respect the true interests of the local nations involved) rather than receiving thousands of migrants and refugees every year and struggling to deal with them. Are there any realistic prospects of supporting thousands of migrants right now? Does any such immigration influx impose financial burden and even social unrest on our local communities?

What we really see and experience, either constitute a major failure of the International Community or, perhaps from a “conspirators’” point of view, a manipulation of foreign affairs by certain States in a manner that promotes their interests, but does harm to our nation. As a member of a historic nation and citizen of a small though sovereign republic, I feel that Greece is neither obliged to accept nor shall endorse any further undertaking of this so called refugee burden and spread it all over the country!

I understand that you studied and carried out research in the field of Political Science at Oxford University. Therefore, I presume that you possess a high, if not outstanding, level of knowledge in History. You shall know then, that our very long and glorious history has been shaped not only by major cultural and political achievements but also through a perpetual struggle to keep this land free and unspoiled for its people. We have been the first nation that, really, defined what nation is. These ancient beliefs have not changed much since the days of Herodotus. Most Greeks are, generally, unwilling to accept and support “assimilation” of foreigners that are dramatically different in terms of ancestry, language, religion and lifestyle. We see that most attempts to create a multicultural society in Greece, from the 90’s onwards, have practically failed.  Despite, what our government officials want and declare, it is the deep feelings of our nation that really mater. Rejection of and even resistance to forced colonization of our land, is growing day by day. We have reaction at political level, expressed currently through the nationalist political party Golden Dawn, in the Parliament but this is the least reason for European and International authorities and some organizations, like yours, to worry about. Resistance has moved beyond simple parliamentary politics.  It now runs into institutional aspects of our life, expressed quite often in public life. At a more private level more and more Greek nationals are either passively resist forced immigration or are actively involved in groups of “extremists” either attempting to raise awareness of their cause, as it is the case with several nationalist organizations and groups, or, sadly, seeking solutions based mostly on terror. We are one of these outlaw groups but I wish we have never resorted to actions like these.

When we created our secret organization, the Nationalist Group Crypteia, two years ago, in a café on the Isle of Lesvos, we were just a few ordinary men, seeking to protect the very deep values of our nation. We decided to do so through militant and not political means. To our surprise many people responded to our concerns and, now, we are running several cells all over the country. We are responsible for many attacks on foreigners and even on persons promoting solidarity and anti-racist principles. Some of our attacks are focused on foreigners engaged in drugs dealing, illegal trade and offences that undermine our social fabric. We have also caused damages to “immigration interests”, such as the arson of the Afgani Community premises in Athens, the Pakistani workers camp in Manolada, the destruction of the statue of perished refugees in Lesvos and several acts of stoning premises and facilities in Attica, Patras, Salonica and the islands of the Aegean. However, we should not have reached this point, in my opinion! What we see, though, is that any existing problems that fuel our reaction are getting worse, not better!

I am not writing to you to threaten Amnesty International. I would like to confirm my respect to your causes and your attempts for creating a better world. In many cases, throughout the history of your organization, I believe that you had a fair cause. I think, most people want a better world! Even, the “infamous” British politician Oswald Mosley, accused of “being a fascist”, said this! Nevertheless, we have to protect our nation, consider, then, that all our so called “terrorist” actions are “pro patria”.  I would be pleased to see that you are more focused in raising further European assistance in managing this “crisis” and that you promote interventions that lift the causes of immigration in the first place. Intervening in our affairs, eliciting further support of the “refugees” from our government and demanding the punishment of “extremists” and “fascists” may only lead to increased feelings of resentment in our people. I am afraid, also, that Greece is not far off an escalation of minor single incidents to generalised and violent social unrest. You would not want these to take place, I hope, for it is against Amnesty International’s key values and principles.

It is clear, that we are doing our duty towards our nation. Please, do yours towards the World, while showing respect for the Greeks.

Yours Sincerely,
“Nikiforos”
The head of the
Nationalist Group Crypteia